The world of smart working: legislation

Autore: Anthea De Domenico
Categoria: Laws
15/07/2020 : What is smart working? How is it regulated in Italy, in Europe? And what are the novelties brought by the massive adoption in recent months? 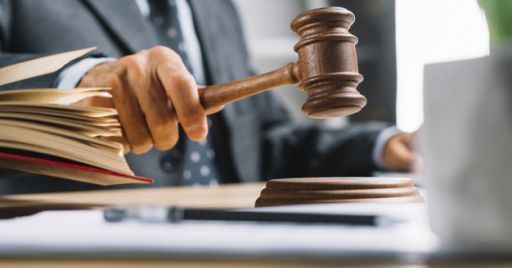 Over the past few weeks, we have been investigating smart working in depth in a number of areas, such as the impact on the individual health of the worker and the risks to personal and company IT security.

In this article, we will give an overview of the legislative context and what is new after the mass (and worldwide) adoption of this remote working mode due to the pandemic coronavirus emergency.

Nimble work or homework? The covid-19 emergency since March 1 has made remote work indispensable, sometimes without giving everyone time to realize that they are two different things, regulated by different laws. Agile work (or smart working) was defined by Law 81 of 2017 while home work (or teleworking) dates back to Law 877 of 1973. After all, the two norms describe the same phenomenon. "There is a tendency to think that telework involves fixed working hours and places and smart working provides greater flexibility, but, in essence, the real difference is that telework is always carried out outside company premises, while smart working is carried out partly outside, partly in company premises", explains Marco Marazza, lawyer and professor of labour law at the Catholic University of Rome.

According to the 2017 law, in smart working, the activity of the remote employee can be managed from home, but also elsewhere, without a fixed location and "without precise time constraints". Timetables are subject to agreements between the company and the employee, according to the limits of the law and collective bargaining. "It depends a lot on the work that is done - says Marazza - there are professions in which the worker has ample room for manoeuvre and does not really have hours. For jobs that are carried out in groups and that require constant coordination with colleagues, the discourse changes and the company can also establish time slots. Still others set agile workers the same hours as colleagues in the company, especially when people who are out must relate to those who are in the office".

Working at a distance involves a great risk: the absence of a boundary between free time and working hours. Law 81 of 2017 speaks of the right to disconnection, i.e. the freedom to make oneself unavailable, but refers to individual or collective agreements the adoption of "necessary technical and organizational measures" to ensure it. Generally, the right is applied by exclusion: a wide time slot is established (it does not mean that in that slot the employee must always work) and beyond that limit, the worker has the right not to be disturbed. Yet, remember that Italian workers in smart working reported to have worked an average of 3 days more per month than in the office.

Flexibility also lies in the fact that work can also be measured by the achievement of objectives. As we have seen, smart working is flexible by law and the details and methods can be established from time to time by individual agreements or, in larger companies, by trade unions.

Also according to Law 81 of 2017, smart workers cannot be paid less than their colleagues working in the office, they have no fewer rights, nor different opportunities for professional growth: smart workers can also be granted the right to lifelong learning and certification of skills acquired.

What about control? Without physical presence in the office, how can the employer verify that the employee is doing his or her job and how does he or she do it? Law 81 delegates this matter to trade union agreements, but if, as expected, the boom in agile work continues in the coming months, the issue will return to the centre of the debate. Surely there is no lack of control tools, from programs for videoconferencing to those that connect the employee's computer to the company server, but the issue involves the right to privacy. "It will be necessary to clarify if it is lawful, and if so to what extent, to access this data to control the employee - explains lawyer Marazza - in any case, the executives of companies will have to be specifically trained to coordinate those who work from home. An activity that requires very different skills from those required to supervise normal office work".

With the lockdown and the mass use of the smart working mode, however, some novelties have emerged. One example is the Swiss Federal Supreme Court, which opens up new scenarios on the European front. The 2019 ruling, without appeal and unequivocal, ruled that the company owner must cover the costs of the employee working from home for rent, electricity consumption and Internet connection.

This ruling activated the unions: the secretary of Unia Ticino, Giangiorgio Gargantini, wanted to stress that "if the work from home should become something structural, it will have to be subjected to all the obligations for employers". Obligations that translate "into contractual obligations, such as working time and their control, up to technical issues of space, such as an ergonomic chair, the computer and the provision of all the necessary technical means that would be available in the office". The time is ripe, also in other European countries, for a trade union negotiation that establishes how, in what way and with what charges, the employer should share the expenses of the employee working under smart working conditions.

The analysis carried out by the Fondazione Studi dei Consulenti del Lavoro shows that almost 12% of European employees in the public or private sector practiced smart working before the coronavirus (compared to 2% in Italy), working from home occasionally (8.7%) or permanently (2.9%), thanks to the opportunities provided by new technologies.

Among the pioneering countries of Smart Working we find England: in 2014 the British government approved the Flexible Working Regulation law, which gives people the right to request flexible working forms from their company (Smart Working, but also traditional forms of flexibility such as part-time or teleworking). the request can be accepted or refused, always citing reasons. the reasons behind the spread of Flexible Working in England are related to people's well-being and the need to reduce the cost of physical space, a problem that is very much felt in Britain. The Netherlands also approved the Flexible Working Act in 2016, a law similar to the English one.

In Belgium, even if until 2019 the need for a real law on the subject was not felt, the first Smart Working initiatives were already launched in 2005, both in the private and public sectors. They were seen as virtuous examples. In Switzerland, too, there has been an increase in initiatives in recent years, mainly aimed at tackling the problem of congestion in the transport infrastructure during peak hours, and before the lockdown, Swiss Smart Workers accounted for 25% of the total workforce.
In France, there was no reference law on Smart Working, but on 31 August 2017, labour reform decrees were approved that lightened the constraints of telework, moving towards greater flexibility.

As for the critical issues experienced during the emergency phase, the situation does not differ much from the Italian scenario: even in the rest of Europe, the main problem encountered is the right to disconnection. In fact, it is precisely the European Trade Union Confederation that is calling for greater regulation in order to respect this right of workers. European trade unions stress the importance of this issue, since before the epidemic, only one in ten people in the EU worked from home every day compared to almost 40% of today's smart working European workers.

According to a survey on working conditions in the EU, carried out by the European foundation for the improvement of living and working conditions, people who regularly work from home are twice as likely to work at least 48 hours a week than those who work in companies and six times more likely to work in their free time. It should be noted that many workers happen to wake up repeatedly at night. This, according to the European Parliament, is due to management control, the demand for constant availability and the blurred boundaries between work and private life.

Ces recalls that in order to stem this problem, in 2002 an agreement was negotiated at European level with employers on the regulation of telework to reconcile work and social life. Subsequently, France, Italy and Spain introduced the right of disconnection into national legislation.

According to Ces, telework is destined to become structural in order to maintain social distances in offices, but it warns that working time must be regulated.