Digital divide, strategies to reduce it in Italy 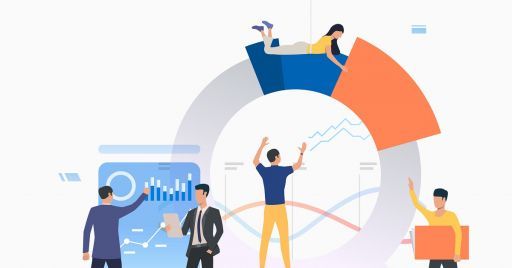 Here are strategies to reduce the distance between those who have access to and are able to use new technologies and those who, on the contrary, are at a disadvantage.

Digital has become a fundamental tool in the lives of citizens. Education and training, sharing, discussion have now become part of virtual reality and also passing through the Net. The Covid-19 pandemic has made the need for Internet access for every worker or student, in Italy and around the World, even more urgent. But not in all cases the transition to digital has been easy or possible, because not in all countries and in all households has the connection been possible in the same way and the tools available in the same way. Someone, therefore, has been left out of this mechanism, due to lack of means or skills, and between countries and even between individuals the digital divide has arisen.

What is the digital divide?

A digital divide refers to the distance that exists between those who have access to digital technologies, such as computers and the Internet, and those who are excluded. Not only that. There is also a second-level digital divide, which is manifested in advanced countries that have almost completely overcome the problem of access to the Net: in these cases, a different divide opens up, which concerns the fruition skills of individuals. Thus, the digital divide indicates both the difference in access to technologies and the difference in the specific skills needed to use technologies.

The categories most affected by the digital divide and at risk of being excluded from the new technologies, there are the elderly, women living in particular conditions or in certain cultures, immigrants, people with disabilities and all individuals with a low level of education, if this generates the inability to develop the necessary skills to use IT tools.

The term digital divide came into common use at the end of the twentieth century, thanks to U.S. President Bill Clinton, who used it in a speech, emphasizing the disparity in access to technologies among the population, wishing "that our children will never be separated by a digital divide." A few years later, in January 2000, the topic of the digital divide began to concern the whole World: in Davos, during the meeting of the World Economic Forum, many emphasized the problem of inequality generated by a disparity in technological diffusion and the need to overcome this new divide.

The causes of the digital divide

The causes that can generate the digital divide are of different types and include economic, social, gender, ethnic, and geographic reasons. In general, one of the main causes is economic: often, especially in developing countries, a segment of the population cannot access technologies for income reasons, because some families or individuals cannot afford to buy a computer or pay for an Internet subscription. Although the economic one is one of the possible explanations for the digital divide, other factors must be taken into account that may contribute, if not to generate, then at least to widen the gap between those who use digital and those who do not access it:

Regardless of the type of divide and its causes, its effect is negative for those who experience it, who are excluded from an important aspect of contemporary society. Exclusion from digital presupposes the loss of the benefits it offers, generating social and economic harm to people who do not have access to it and generating (or exacerbating) inequality of rights among people and peoples with different possibilities and skills in the digital sphere.

The situation in Italy

To assess the situation related to digitization in Italy, especially as a result of the Covid-19-related health emergency, Istat has compiled the 2020 report on Equitable and Sustainable Well-being (BES), which analyzes the situation in Italy, with particular attention to the population's propensity toward digitization. To highlight any digital divide, Istat used indicators such as the availability in the household of at least one computer and Internet connection, so as to assess its actual use. What emerges from the report is an increase in the use of digital technologies, partly as a result of the pandemic, but at different rates depending on the age and gender of individuals and the area in which they live. It is these diversities that generate the Italian digital divide. The disadvantage persists in the South, among women and older people.

According to the report, geographic differences are present in Italy, with the South at a greater digital disadvantage: in 2020, the gap between North and South was about 10 percentage points, given the lower availability of adequate devices and efficient connections in the southern part of the country. The large gaps between the North-Center and the South are, according to the BES, one of the causes of Italy's continued lag behind the average of EU countries.

Another difference factor is identified in the gender of individuals. Indeed, in general, "women's propensity to use the Internet has come closer to that of men," but in certain age groups women's disadvantage is higher, demonstrating a gender gap in favor of men, which characterizes digitization. In particular, the female share remains low for those over 75, while the gap is smaller among the young and very young.

The digital divide also varies according to different age groups: almost all 15-24 year olds, in fact, surf the net, but the percentage drops significantly in individuals aged 60-64 and 65-74. In addition, the educational level of individuals is also a factor to be taken into account. According to the report, in fact, depending on the level of education, the skills and abilities to access the Net change. Overall, in 2019, just over half of those employed between the ages of 25-64 had digital skills (basic or high), a figure that represents a 15 percentage point difference from the European average. This, the report explains, "confirms that our country is still characterized by a top-level digital divide related to access."

A similar picture was offered by the 2022 edition of the Digitization of Economy and Society Index (DESI), which placed Italy 18th among the 27 European Union member states. "From this year's indicators," the report says, "it emerges that Italy is closing the gap with the European Union in basic digital skills. However, the situation is not positive from the point of view of human capital, where Italy ranks 25th: "More than half of Italian citizens do not even have basic digital skills," and despite the fact that 46 percent of people have at least basic digital skills, our country ranks below the EU average of 54 percent. These data highlight the Italian gap compared to the average European digitization.

How to fight the digital divide

The digital divide can thus be caused or exacerbated by several factors. But how to go about fighting it? Each country, over time, has implemented its own national strategies to try to reduce the differences between those who have access to digital technologies and full skills and those who, on the contrary, are at a disadvantage.

Italy, in this regard, has adopted a National Digital Skills Strategy, implemented as part of the Ministry for Technological Innovation and Digital Transition's Digital Republic and implemented through the Operational Plan. It outlines the goals to be pursued to eliminate the current gap with other European countries similar to Italy by 2025, so as to make digital a "real opportunity for social and economic growth for all and everyone, breaking down digital illiteracy and developing a necessary path of cultural change in all sectors of society."
Specifically, the Italian Strategy aims to intervene in four areas:

The main goals that Italy is expected to achieve by 2025, according to the Operational Plan for Digital Competencies are as follows:

Other interventions, however, are of a more practical nature, from the provision of economic incentives, which can help activate Internet connection or purchase suitable devices, to the development of adequate infrastructure for the deployment of the ultra-wideband Network, with a high connection speed. In this way, the aim is to guarantee citizens complete coverage, so as to reduce, even eliminate the digital divide, in times when access to new technologies has become essential in almost all areas of life.