AGI: state of the art of General Artificial Intelligence 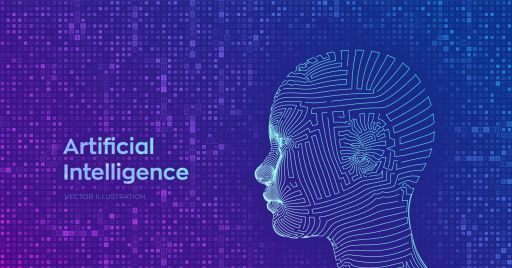 Author: Anthea De Domenico
Category: News
17/02/2021 : What is General Artificial Intelligence (AGI) and where do we stand with its development and application?

According to Elon Musk, artificial super-intelligence "will come among us very quickly and then we will have to figure out what we can do. If anything can be done.

Jerome Pesenti, one of the world's leading AI experts and head of Facebook's AI department, commented in a Tweet on the Tesla and SpaceX founder's statement: 'Elon Musk doesn't know what he's talking about when he talks about Artificial Intelligence (AI). There is no such thing as AGI and we are nowhere near human intelligence.

The progress of AI in recent years is well-known and important. We have already talked about the innovations in chatbots and online training, as well as the famous algorithms capable of defeating chess champions or able to write all kinds of texts and articles (such as the recent Gpt-3 which wrote a long philosophical editorial in the Guardian). In addition, an algorithm derived from Gpt-3 gave rise to Dall-E: a system that has demonstrated that it can correctly draw images based only on their textual description.

In all these cases, it has been made clear that this is not real intelligence, but deep learning and machine learning: Gpt-3 does not know what it is writing, it simply calculates statistically which sentence is more likely to logically complete the previous one. But even if there is a statistical model behind it, it is difficult to simplistically say that an AI does not understand the meaning of words when it can accurately translate them into images.

In the world's most advanced laboratories (London's DeepMind and the US OpenAi), efforts are being made to design AGI in order to build the first machine capable of reasoning like a human being.

General Artificial Intelligence is an AI with various abilities, capable of solving multiple problems without having to be reprogrammed from scratch, as is the case with today's algorithms. In concrete terms, this means an AI that can play chess, write text, recognise images and so on, switching smoothly from one task to another, just as humans do.

However, in the collective imagination, when we talk about AGI, artificial superintelligence or technological singularity, we refer to a human-level AI (sometimes even with a conscience) and thus, quoting Marvin Minsky in the 1970s: 'a machine that can read Shakespeare, make politics, tell a joke, argue. At that point, the machine will be able to teach itself at an incredible speed. In a few months it will have reached a level of genius, and a few months later its powers will be incalculable'. In these cases, we end up drifting from the concept of technological innovation to purely science fiction concepts.

Taking the first definition of AGI as a point of reference, it is easy to see how the possible availability of an instrument with multiple abilities would be useful and desirable.

To date, several avenues are being tested. For example, transfer learning, which has the objective of allowing the AI to conserve part of the training used for one task also for the learning of a new one. Or the possibility that AIs no longer limit themselves to recognising correlations (as they do today), but learn to understand the cause-effect relationship.

In any case, there is still a long way to go.