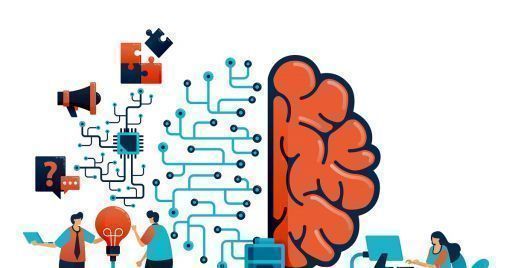 Let's find out what Spaced Repetition is and how it can help improve the effectiveness of an eLearning course by reinforcing the memorisation of learned information.

To assess a student's performance, an eLearning course should include quizzes. These questions can be improved by following the dictates of Spaced repetition and the Leitner technique, which use repetition to strengthen memory retention.

What is Spaced Repetition

Spaced repetition is a mnemonic learning technique that aims to achieve long-term retention of information. The learner is asked to recall information at progressively more distant intervals. The basic idea is that if each time the requested information is provided correctly, this in turn will contribute to its retention for longer periods of time. In this, spaced repetition would not be so different from normal repetition.

Instead, its main characteristic is that it is able to introduce new information progressively and manage the information already presented.

The curve of forgetting is a graph that measures the retention of an amount of information over time. This curve is progressively downward over time, with the percentage of information retained tending to decrease progressively. The curve is described by a formula defined by the German psychologist, Hermann Ebbinghaus in 1885. To formulate it, Ebbinghaus had studied the retention times of meaningless syllables on himself, repeatedly testing their retention rate. Being meaningless, these syllables could not easily anchor themselves at a semantic level and were transposed in the same way as numerical codes. Barring the use of special mnemonic techniques, retaining information without a familiar or comprehensible meaning is much more limited for people: this is why it is easy to forget after a few seconds a telephone number that is dictated to us.

The conclusions reached by Ebbinghaus are interesting for the development of teaching methods, because they assume that the rate of natural forgetting is similar for all subjects. Determining the difference in the information actually remembered are:

The Leitner method is a study method inspired by the principles set out by Ebbinghaus on the forgetting curve. Conceived by science popularizer Sebastian Leitner in the 1970s, this method originally used flashcards, two-sided teaching cards: trivially, small sheets on which a question is written on one side and the answer on the other. A topic, a concept, a lesson to be learnt are then broken down into simple elements, each transposed onto a flashcard. The basic operation is based on timed repetition: each new card is presented more frequently, while those that have already been familiarised with are presented more sporadically. The deck thus created is divided into homogeneous groups and placed in as many boxes. All the flashcards in the first box must be studied daily; those in the second box, every two days; those in the third, every three days, and so on.

The Leitner method lends itself well to subjects that have a large number of notions to be learnt and that can be easily broken down. There are several applications on the market that allow this method to be used with the convenience of a smartphone. The peculiarity of this technique makes it congenial to eLearning due to a number of software specifications. In particular:

In summary, with an eLearning programme, one completes that pathway consisting of technique (the Leitner method) and information technology (the use of an application), supplementing them with content (the course provided), presented in digital format. Thanks to tools such as SCORM and xAPI, it is possible to manage Learning Objects, the learning objects (the lesson of a course, for example), indexing the metadata linked to it and tracking the user's behaviour in the fruition of the course. These functionalities allow both an LMS and an LXP to adapt well to a Spaced repetition. With the former, which adopts a top-down philosophy, lessons are presented to the student in an orderly sequence. With the second, the student can "digress" from the original path provided by the Instructional Designer (ID), the course designer, to explore a concept in more depth or acquire additional skills, according to a bottom-up philosophy.

Spaced repetition is as congenial to an eLearning LMS as it is to an LXP.

For an LMS, Spaced repetition would be a simple deepening of the quizzes attached to the course. Simple tests are used to measure the answers and the retention level of the learner. Adaptation of the tests, following the dictates of Spaced repetition involves re-proposing the questions at regular intervals. A course could, for example, be structured as follows: each new lesson would be presented with a sequence of questions based on individual relevant notions from previous lessons; questions answered correctly would be repeated with progressively lower frequencies; those answered incorrectly would propose links to the lessons from which they are taken or to attached summary notes.

For an LXP, spaced repetition would allow the student's proactive behaviour to be involved in the creation of the reproposed digital flashcards. It would be the student's own path of in-depth study that would channel the summary flashcards of each lesson used into the list of summary questions. With the help of appropriate Artificial Intelligence algorithms, one could go so far as to suggest which supplementary courses to take to fill any gaps.

To best integrate Spaced repetition into an eLearning course, it is important to follow certain guidelines involving:

As the course designer, it is the Instructional Designer who should envisage how to integrate the Spaced repetition criteria into the proposed course, and do so according to the characteristics of the eLearning platform discussed above. The ID should then coordinate with the Subject Matter Expert to agree on which key notions to focus the Leitner method inspired questions. The two figures could, for example, also decide to produce summary material to be presented to the subject matter expert in case repeated wrong answers hint at gaps in preparation: the course lecturer, for live courses, may not always have the time and opportunity to focus on a part of the students in a class. The two figures could delegate part of their decisions to a Course Writer, who would have the task of translating the course content and any questions into practice.

How to integrate Spaced repetition