The benefits of e-learning for the environment: why online training is green 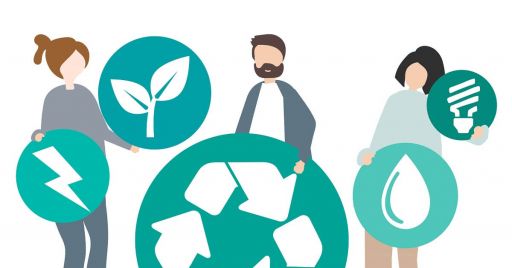 Reducing pollution, combating deforestation and saving energy are some of the environmental benefits of e-learning.

In recent years, the global temperature has risen significantly, bringing with it a host of environmental issues, which are reflected in the health of the population, the country's economy and natural systems. Climate change is an urgent issue, resulting from years of land use, unsustainable energy consumption and use, and the emission of greenhouse gases into the earth's atmosphere. Flood phenomena, periods of drought, hydrogeological disruption and the spread of diseases have joined the order of frequent events that affect the entire world every year.

Therefore, different countries are trying to run for cover by putting in place sustainable projects to retard global warming and try to reverse the trend of recent years. This includes the race for renewable sources, recycling of materials and reducing the use of fossil fuels. E-learning, in the race for sustainability also plays its part, representing a green method for school and job training. Indeed, there are several environmental benefits this mode offers, from the savings of reduced travel (and thus CO2 emissions) to the elimination of paper use (the use of which has a significant impact on deforestation).

The climate crisis: the effects

The fight against climate change is a challenge that concerns everyone, and in recent years, it has become firmly placed on the agendas of world politics. For some time, scientists' attention has focused on the rapid warming affecting the Earth's atmosphere due to increasing carbon dioxide concentrations. In fact, greenhouse gas emissions are able to trap the Earth's heat, causing the phenomenon of global warming, which brings with it a host of other environmental consequences that put humans and other life on Earth at risk. The effects of climate change, outlined by the United Nations, are:

These consequences of the climate crisis also have direct effects on humans and animal and plant species on the Planet. Indeed, the Earth's rising temperature, extreme weather events, droughts, and rising seas cause:

According to the United Nations, "over the past decade (2010-2019), climate-related events are estimated to have caused the migration of about 23.1 million people on average each year, leaving many more in poverty."

The climate crisis: the causes

But where does environmental change originate and what has generated it? Certainly, in addition to natural factors, humans have played a big part, as they are responsible for emissions of greenhouse gases that trap the sun's heat. These gases are the consequence of various human activities, such as:

The environmental situation is therefore increasingly alarming and it is essential to take corrective action as soon as possible before the situation becomes completely irreversible and disastrous. A number of simple and effective actions can be put into practice by every person to curb this run-up in global temperature rise, although global and drastic action would be needed to avoid the worst. The latest Report of the Intergovernmental Panel on Climate Change (IPCC), noted that "options are available in all sectors that can at least halve emissions by 2030."

From e-learning a help for the environment

Crucial help in this direction could also come from e-learning, which is a green system for learning in school and work environments and which, if applied consistently, would make learning much more sustainable. In recent years, digital learning has seen exponential development, both in work and school situations. Giving it a major boost was, in 2020, the Covid-19 pandemic and the subsequent lockdown, which necessitated the use of online, to avoid forcing students and workers to travel to places dedicated to their education, with the risk of spreading and contracting the disease.

Thus, online courses and classes have shown their full potential, highlighting their advantages, including:

Among its advantages, the use of e-learning also boasts the environmental one, making it an "ecological choice" to be preferred, whenever possible, to face-to-face learning. Absence of travel and use of the web allow teachers and learners to reduce the environmental impact of training and make e-learning an ally in the fight against climate change.

Why is e-learning green?