USA: Back to school in the classroom or online? 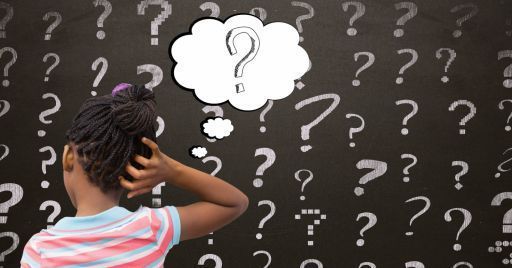 Author: Catia Dos Santos
Category: News
09/09/2020 : What role will eLearning play in American schools six months after the outbreak of the pandemic in the country?

With a contagion curve that is struggling to descend, the US is questioning the reopening of schools amid threats of strikes and demands to limit live online classes. What role will eLearning play in American schools six months after the outbreak of the pandemic in the country?

The Governor of Connecticut calls for state schools to reopen in the fall and the largest teachers' union organization, the CEA, gets underway. The fear of teachers is that they cannot work safely. That's why they are asking that the decision on reopening schools be left to the districts and that every student be tested for Covid at least once a week. They also stress the possibility that older teachers with other diseases (diabetes, chronic infectious pulmonary diseases, heart disease, asthma, obesity, immune system compromised by other diseases such as cancer) may be at greater risk of infection. According to a study by the Kaiser Family Foundation there are 1.5 million teachers, one in four. If states granted the possibility for people at risk to opt for remote teaching, 25% of teachers would stay at home.

That's not all, the small state of Connecticut is just a mirror of a much larger picture that involves every corner of the United States. The main problem seems to be that the reopening of schools in September lacks 24% of teachers. This is the percentage of teachers who, according to a survey conducted in May by USA Today and Ipsos, would prefer to stay at home. The same survey shows that 60% of parents would opt for distance learning. Teachers also complain about the increased workload and lack of eLearning training.

It is clear, therefore, that for teachers eLearning is currently the only alternative to continue to play their role safely. That said, there would also be conflicting views on how to teach remotely. Teachers are calling for a reduction in live lesson hours to reduce the workload. At the same time, they complain about the lack of interaction and student involvement. Among the requests made by the unions, a contribution of $ 50 per month to cover the cost of connection and the absence of obligation to respond to pupils and parents after their working hours and less with their personal cell phones.

Connecticut, like other local states, glitters on the answer to testing students because it is simply too expensive. Likewise, it excludes the possibility of leaving it up to individual teachers to choose whether or not to return for lessons in the classroom. The most widespread response from the authorities is that they will do everything possible to provide masks, social distancing and pest control measures. The government's disease control agency, CDC, intervened in the debate in favor of opening schools by stressing the lower risk of Covid 19 infection for children, as well as the psychological, social and educational effect of prolonged absence from school, especially for those districts where control over the quality of distance education is bland.

Some cities such as Los Angeles and San Diego have decreed that the school will continue to be at a distance, at least throughout the fall; in New York, on the other hand, the authorities have decided that schools will reopen only with an average infection rate in the area of 5% or less. As shown by the constantly evolving map on the Education Week website, the current situation of school reopening in the USA is as follows:

In the rest of the United States there are hybrid or changeable formulas depending on the situation in the district.

The potential of eLearning in the USA

The choice of whether or not to reopen schools inevitably concerns the health aspect and the consequent issue of safety in the workplace that worries teachers. The widespread feeling among newspapers and government agencies such as the CDC is that the debate is losing sight of teaching, both in the classroom and at a distance.

Without prejudice to the importance of schools as a place of emotional and interpersonal growth and not only as a place of learning, eLearning is the only alternative to the closure of schools. Although with different numbers compared to other countries, such as Italy, even in the United States the technology factor affects the access to education of students. According to the survey on teaching and Covid of USA Today, 3% of households surveyed do not have a stable connection, while one fifth of households with an annual income below $ 50,000 do not have the tools to follow lessons online.

The main point, for quality eLearning, with or without the reopening of schools, is to ensure that all students, especially those from vulnerable families, have the necessary tools for distance learning. At the same time, the continuous training of teaching staff would help to manage the workload and improve student involvement.

According to Forbes and EdWeek the debate should focus on how to exploit the potential of eLearning by seeking new, inclusive and interactive teaching approaches.

DynDevice is the e-Learning platform easy, intuitive, and with all the useful features for a complete management of e-Learning and blended training.
To view this information banner it is necessary to accept cookies from the 'Marketing' category