The " Quarter-Life Crisis" emerges from LinkedIn

What is the "Quarter-Life Crisis "? How to solve it with training and e-Learning?

A recent survey on LinkedIn shows that more and more people are going through the " Quarter-Life Crisis ". Unlike the midlife crisis, which is often associated with restlessness for one's own life at age 50, the Quarter-Life Crisis is a matter of career advancement and about 75% of people among the 25 and 33 years go through it.

The LinkedIn study, conducted by Censuswide from 31 October to 3 November 2017, involved 6,014 respondents aged between 25 and 33 years, living in the USA, UK, India and Australia.
61% of respondents say that the search for a job that excites them is the main cause of the Quarter-Life Crisis. Another reason is the comparison with peers perceived as more performing: "Almost half (48%) says that this comparison has caused them anxiety and this has more impact in the female sample than the male (51% compared to 41%)."

Early Career Pivoting
The LinkedIn study on millennials shows that a high percentage of young people change jobs to deal with the Quarter-Life Crisis. "More than a third (36%) have completely changed their careers, moving to new sectors and roles."

Solving the crisis with flexible learning
According to Etherington, LinkedIn's study does not consider the link between the millennial life-threatening crisis and the increase in e-learning training.

If the classic middle-aged crisis is accompanied by remedies designed to distract the mind from the waning youth (from new lovers to showy sports cars), the Quarter-Life Crisis is not about the loss of youth, but rather the need to reach the adult age and, as a result, it is not surprising that additional training and education can be the key remedies.

Although no study has directly traced yet the link between the Quarter-Life Crisis and the increase in education and training offerings in e-Learning, there are strong reasons to believe that this new type of crisis may be one of the many factors that give rise to at the MOOC. As reported in 2016, the average training user (in e-Learning) on career is a person 30 years old, with about 7 years of work behind and who is trying to start a new career, usually with the aim of increasing their earning potential.

For employers worried about the cost of millennial job-hopper, the answer could be: instead of letting millennial workers look for opportunities elsewhere to overcome the Quarter-Life Crisis, start offering them training in the workplace.
As a 2016 Gallup study found, 59% of millennials say that opportunities to learn and grow are extremely important when choosing a new job. In contrast, only 44% of the X generation and 41% of baby boomers are driven by the growth of skills in the labour market. 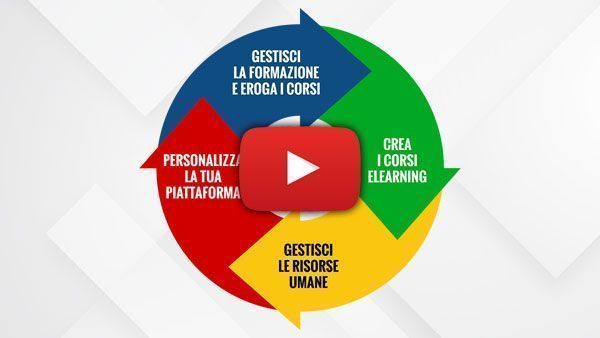